The Tasmanian devil cannot be mistaken for any other marsupial. Its spine-chilling screeches, black colour, and reputed bad-temper, led the early European settlers to call it The Devil. Although only the size of a small dog, it can sound and look incredibly fierce. The world’s largest surviving carnivorous marsupial, the devil has a thick-set, squat build, with a relatively large, broad head and short, thick tail. The fur is mostly or wholly black, but white markings often occur on the rump and chest. Body size also varies greatly, depending on the diet and habitat. Adult males are usually larger than adult females. Large males weigh up to 12 kg, and stand about 30 cm high at the shoulder. Devil Disease: A devastating disease is sweeping through Tasmania’s devil population, killing more than 90% of adults in high density areas and 40-50% in medium-low density areas. In 2012 Maria Island was chosen for the first Tasmanian devil translocation project. Fifteen disease-free Tasmanian devils were released onto the Island to secure an insurance population. 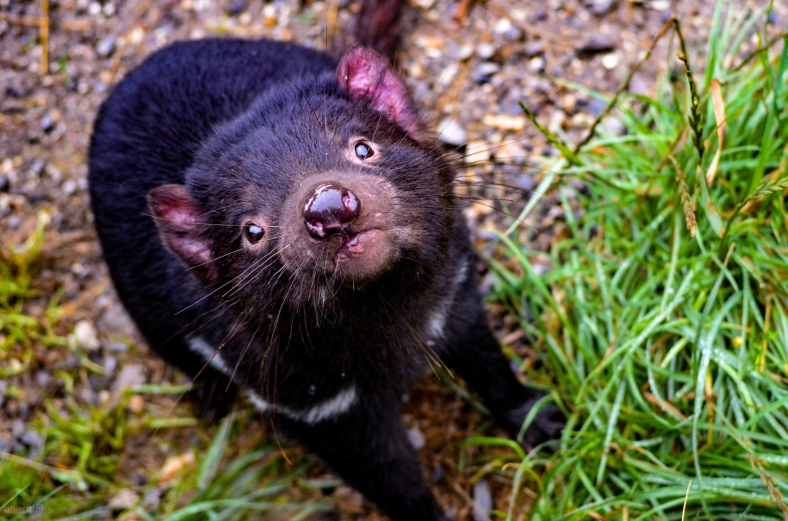 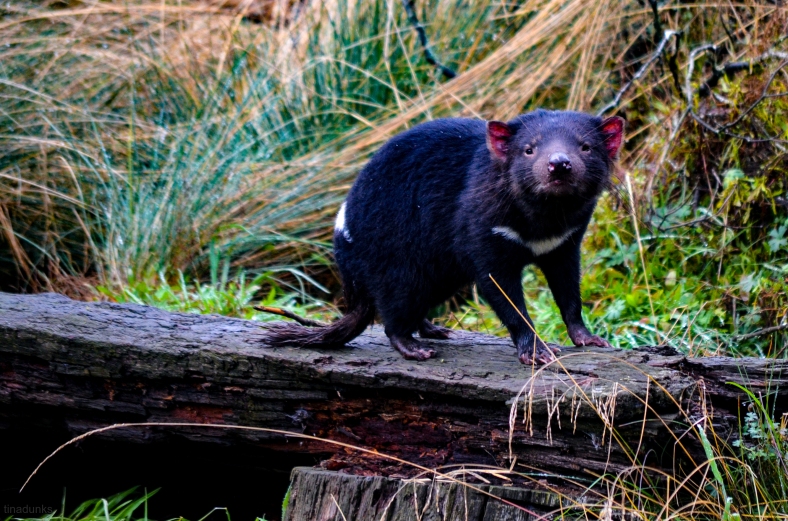 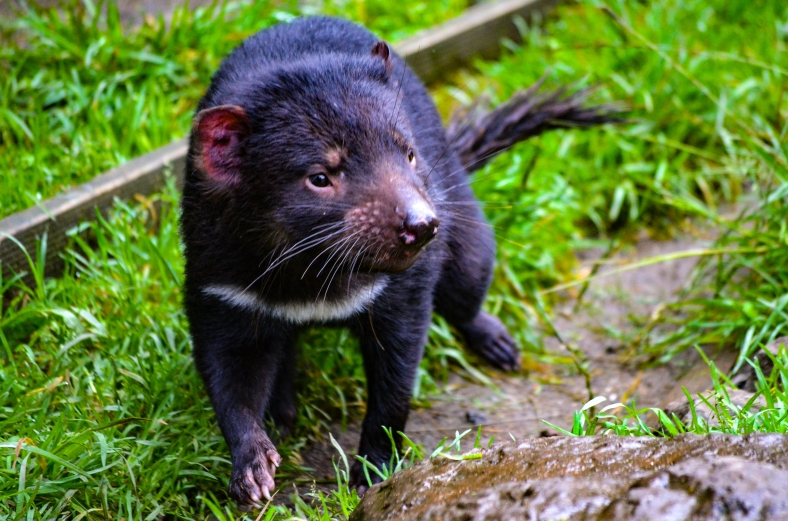 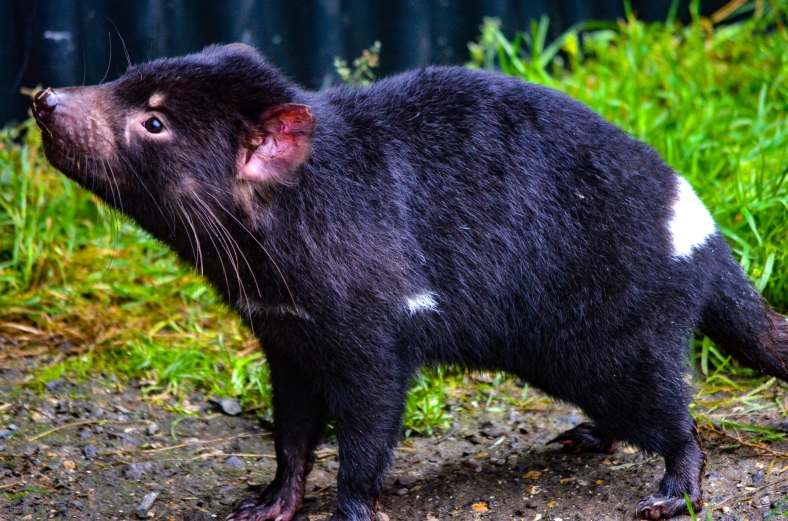 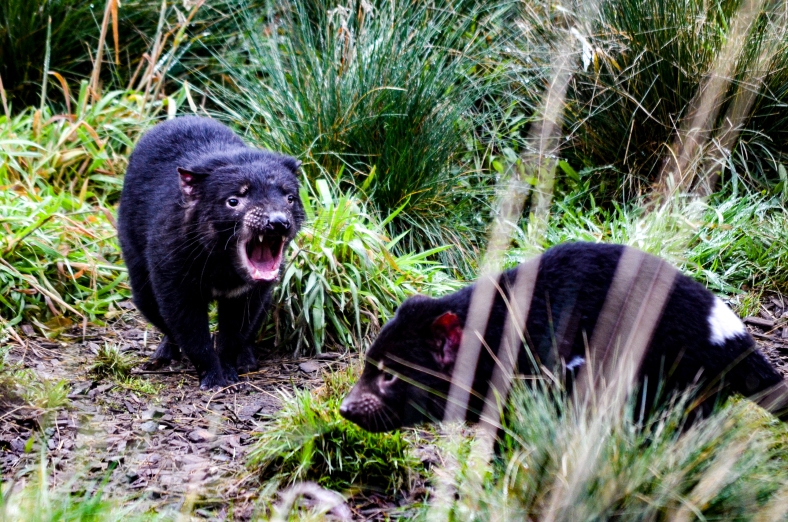 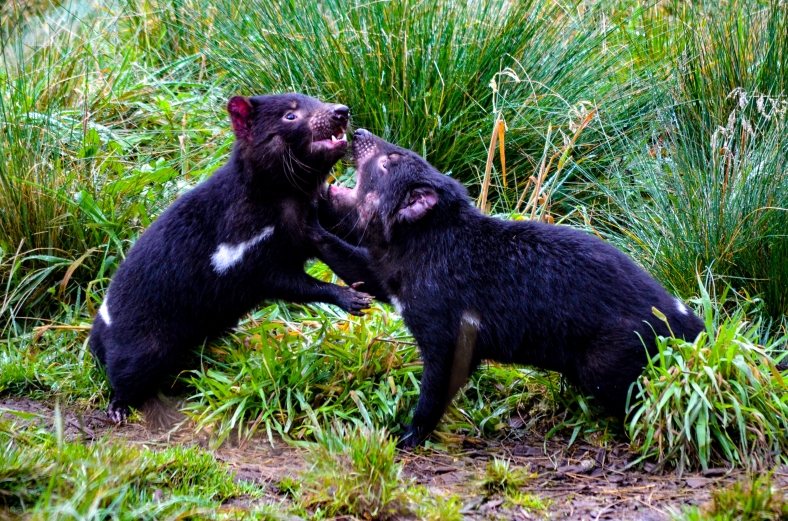 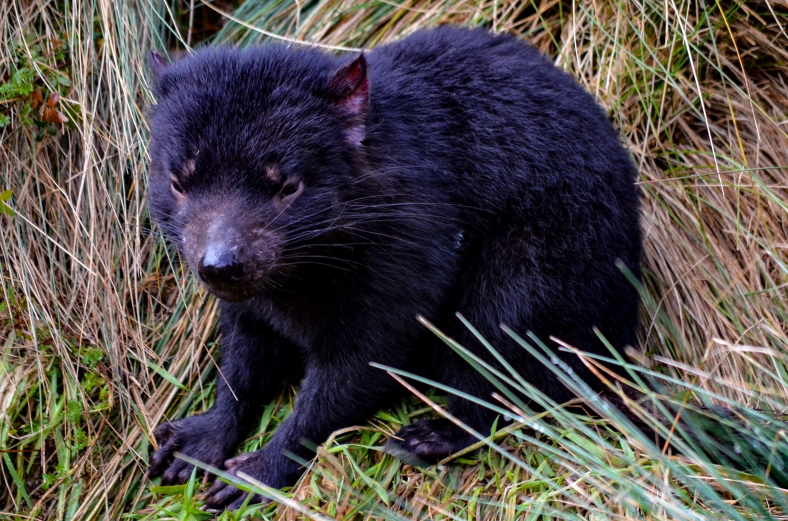 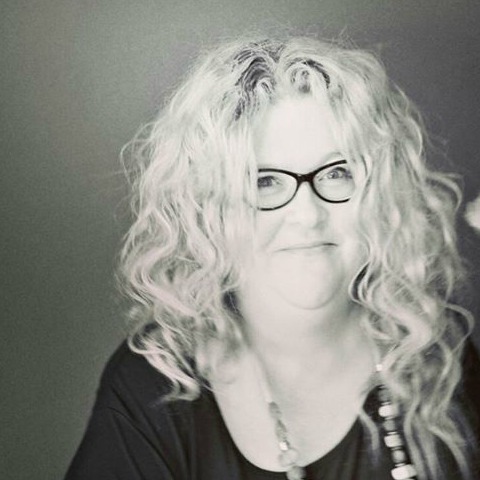